Sherrie Miranda’s historically based, coming of age, Adventure novel “Secrets & Lies in El Salvador” is about an American girl in war-torn El Salvador:http://tinyurl.com/klxbt4y

Her husband made a video for her novel. He wrote the song too:https://www.youtube.com/watch?v=P11Ch5chkAc

“Crimes & Impunity in New Orleans” follows the dramatic story of naive, sheltered Shelly going to “The Big Easy” to prepare for El Salvador, but has no idea she will encounter sexism and witness racism as well as illegal activities by government agents.https://www.amzn.com/dp/B08KMHNNDK

On this day 47 years ago at Kent State University in Ohio, four students were killed and nine others wounded when armed members of the National Guard opened fire on a crowd of protestors. The students had organized to protest President Richard Nixon’s announcement that the U.S. would invade Cambodia as part of the Vietnam War.

Decades have passed, but we are still protesting the deaths of unarmed innocents at the hands of armed policemen, like the deaths of Walter Scott, Alton Sterling, and Jordan Edwards. And law enforcement officers are still using unnecessary force on peacefully protesting crowds, as when police reportedly used tear gas and water cannons on Dakota Access Pipeline protestors standing in subzero temperatures. Oh, and Republican lawmakers have called for legislation that could criminalize peaceful protesting.

The Kent State shootings caused further protests nationwide, inspiring many young people to get involved in activism. The incident became a benchmark in American history that brought young people to action and launched a generation into activism. Here are a few things you should know about the incident.

Protests had been going on for a few days.

A chronology of the week’s events from the Kent State University library details the confusion both on campus and in the city of Kent just before the incident. President Nixon made his announcement about the “Cambodian Incursion” on April 30. Students rallied on May 1 and planned another rally for May 4. The evening of May 1, vandals damaged buildings in town, breaking windows. According to the [library chronology], the mayor of Kent “heard rumors of a radical plot, declared a state of emergency, and telephoned the governor in Columbus for assistance.” Bars were closed, and those in the street were tear-gassed by riot police. On May 2, the mayor made the decision to call in the National Guard after hearing about threats to local businesses and rumors of radical protestors trying to destroy the city. That evening, there was a large demonstration happening on campus, and the Reserve Officers’ Training Corps (ROTC) building was set on fire. Another demonstration on campus occurred on May 3, where tear gas was fired. And the protesting continued on May 4, resulting in deadly violence.

It’s not totally clear why the guardsmen opened fire in the first place.

The students protesting were unarmed, but 28 guardsmen opened fire on the crowd. They fired between 61 and 67 shots in just 13 seconds.

Two of the students killed were protesting, and two were bystanders who were walking from one class to the next.

The victims were all white. They were Jeffrey Miller and Sandra Scheuer, both 20, and Allison Krause and William Schroeder, both 19.

The shootings caused even more protests.

NPR reported that colleges and universities across the U.S. were forced to close when the shootings triggered a nationwide student strike. Historians estimate that about 4 million students went on strike, causing 800 institutions to close.

And tragically, students at another university were shot and killed just days later.

On May 15, 1970, police confronted a group of African-American students protesting at Jackson State College (now Jackson State University) in Jackson, Mississippi. Apparently, students had been throwing rocks at white motorists driving through campus, and tension heightened when a false rumor spread that a local politician and civil rights activist, Charles Evers, had been killed. Police fired more than 150 rounds into the crowd, killing 21-year-old Phillip Gibbs and 17-year-old James Earl Green. Twelve other students were injured.

People credit the Kent State shootings with waking them up, in the same way police violence sparks protests and rallies today.

“Up until that incident, I had been a pretty conventional young person,” one woman told NPR. “I was 20. But when I saw my government killing innocent students who were just walking to class, I was radicalized, totally radicalized. From that day forward, I began to immerse myself in national and international news and politics and have never since allowed myself to be so ignorant of what’s going on as I was before that day.”

Related: College Students Are Totally in Favor of Free Speech With One Exception

KEYWORDSKENT STATEPROTESTSVIETNAMRICHARD NIXONCAMBODIA
Sherrie Miranda’s historically based, coming of age, Adventure novel “Secrets & Lies in El Salvador” is about an American girl in war-torn El Salvador:
http://tinyurl.com/klxbt4y
Her husband made a video for her novel. He wrote the song too:
https://www.youtube.com/watch?v=P11Ch5chkAc

Like Loading...
I obviously haven’t read these, but as an author, I like to share books.
And while we’re on that subject, what do you think about me posting short reviews of recent books I’ve read? I can easily find them on Amazon and/or Goodreads.
Let me know!
And keep your eyes open for the prequel to SLIES (see below for more info). It’s titled “Crimes & Impunity in New Orleans: Shelly’s Journey Begins.” It will be out in April.

In whis ultimate preview guide, discover the biggest new releases coming out in the next few months! From edge-of-your-seat thrillers to swoon-worthy love stories, you’ll be the first to know when your next favorite book is hitting the bookshelves. 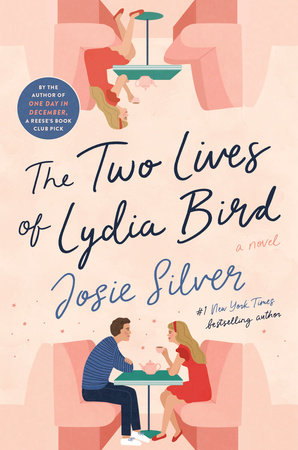 The Two Lives of Lydia Bird

Written with Josie Silver’s trademark warmth and wit, The Two Lives of Lydia Bird is a powerful and thrilling love story about the what-ifs that arise at life’s crossroads, and what happens when one woman is given a miraculous chance to answer them.

Buy now from your favorite retailer:

AMAZONBARNES & NOBLEBOOKS A MILLIONINDIEBOUNDAPPLE BOOKSGOOGLE PLAY STORE
Sherrie Miranda’s historically based, coming of age, Adventure novel “Secrets & Lies in El Salvador” is about an American girl in war-torn El Salvador:
http://tinyurl.com/klxbt4y
Her husband made a video for her novel. He wrote the song too:
https://www.youtube.com/watch?v=P11Ch5chkAc

via A Letter Explaining the Reason Behind the Choice of Writing “Secrets & Lies in El Salvador” as Historically-Based, Rather than Historical Fiction

The review only needs to be 2-3 sentences. If you are interested, email me at sherriemiranda1@aol.com. Let me know if you prefer a Mobi or a PDF.

It’s been a bit frustrating as I had three reviews recently that were NOT put on Amazon which is where many look for reviews even if they don’t buy from them. The reviews ended up in obscure places where they’ll never be seen.

The prequel to this novel “Crimes & Impunity in New Orleans” will be out in December.

Peace & justice for all,

Sherrie Miranda’s historically based, coming of age, Adventure novel “Secrets & Lies in El Salvador” is about an American girl in war-torn El Salvador:
http://tinyurl.com/klxbt4y
Her husband made a video for her novel. He wrote the song too:
https://www.youtube.com/watch?v=P11Ch5chkAc

I just finished reading your novel. I really enjoyed it. What a page-turner. I completed it in only 4–really 3+1/2 days. I continually had to discover what happened to the characters next.

Rather than the two dimensional story we all too often learn of on TV or in the newspapers, you made the struggle in El Salvador truly come alive–both the land herself and the people living there.

You wrote a very lovely, poignant and memorable tale. Through seeing my gushy, purple words, you can tell I am absolutely sincere in my words of congratulations.

Sherrie Miranda’s historically based, coming of age, Adventure novel “Secrets & Lies in El Salvador” is about an American girl in war-torn El Salvador:
http://tinyurl.com/klxbt4y
Her husband made a video for her novel. He wrote the song too:
https://www.youtube.com/watch?v=P11Ch5chkAc

Very exciting news! My novel is 4th on the list of Best Adventure Novels from Around the World!  😉  ❤
I am honored!
Sherrie

Browse through these best of stories in the ADVENTURE genre and see where you can read the best of new novels from around the world.

ALEX THE INVENTOR, by G.F. Bryn

THE LOBBY, by Randi M. Sherman

SECRETS AND LIES IN EL SALVADOR, by Sherrie Miranda

INTO AUTUMN, by Larry Landgraf

THE TIMETRIPPERS, by Hamish Robertson

OFF THE BEATING PATH, by Danny Fisher

HEALER OF CARTHLAGE, by Lynne Gentry

GARRETT AND THE FEATHER SERPENT QUETZALCOATL, by Carl Gundestrup

THE SECOND COMING, by Grant Leishman

ENCOUNTER IN NINEVEH, by Mahmoud Nafousi

THE TEMPLAR SUCCESSION, by K.R. Eckert

THE CITY OF THE GUARDIANS, by JerrLyn Harrington

P.S. Because of all the mess with translation, my New Orleans book is on hold, but I will try to attach the cover so you can see it.

Learn the story behind: Publish “Crimes and Impunity in New Orleans.” and help us meet our goal. @indiegogo
https://igg.me/at/CrimesImpunityNOLAn…
Sherrie Miranda’s historically based, coming of age, Adventure novel “Secrets & Lies in El Salvador” will be out en Español very soon! It is about an American girl in war-torn El Salvador:
http://tinyurl.com/klxbt4y
Her husband made a video for her novel. He wrote the song too:
https://www.youtube.com/watch?v=P11Ch… 😉

Yes, I finally found a Salvadoran translator & editor with the help of BabelsBook. The critically acclaimed novel “Secrets & Lies in El Salvador” should be very popular in Spanish as many Spanish speakers read the English version even though they seldom read in English.

Learn the story behind “Publish Crimes and Impunity in New Orleans.” and help us get this edited & published by the end of the year. @indiegogo
https://igg.me/at/CrimesImpunityNOLAnovel/8856231

Sherrie Miranda’s historically based, coming of age, Adventure novel “Secrets & Lies in El Salvador” is about an American girl in war-torn El Salvador:
http://tinyurl.com/klxbt4y
Her husband made a video for her novel. He wrote the song too:
https://www.youtube.com/watch?v=P11Ch5chkAc 😉
Learn the story behind “Publish Crimes and Impunity in New Orleans.” and help us meet our goal. @indiegogo
https://igg.me/at/CrimesImpunityNOLAnovel/8856231

So cool that I won. I studied screenwriting & this book could easily be made into a movie and/or a TV series!

Sherrie Miranda’s historically based, coming of age, Adventure novel “Secrets & Lies in El Salvador” is about an American girl in war-torn El Salvador:
http://tinyurl.com/klxbt4y
Her husband made a video for her novel. He wrote the song too:
https://www.youtube.com/watch?v=P11Ch5chkAc 😉

Interested in this logline, please email us at info@wildsound.ca and we’ll forward your email to the writer.

Have a logline? Submit your logline to the monthly logline contest. 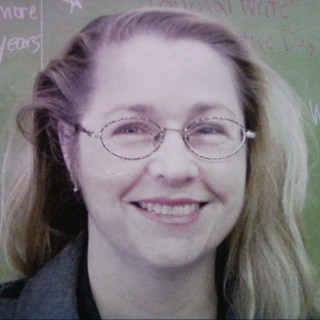 Seeking the magic and light in life's journeys